The Interesting Story Behind The Mysterious “Cat Drone”

How could a “cat drone” exist? The creation of such a strange concept came from the mind of an artist in the Netherlands grieving for his dead pet. The mental inspiration of the artist would not end with his dead cat being brought to life in the air, however. It would go to such inventions as a flying ostrich and a badger submarine.

The cat drone is a quadcopter drone stuffed inside a dead cat. The invention, dubbed the “Orvillecopter” after the cat’s name, is displayed at the Kunstrai art festival in Amsterdam.

Who Is Behind “Cat Drone?”

The man behind the cat drone is a Netherlands artist named Bart Jansen, who was born in 1979 and is a member of the art cooperative Generaal Pardon. Jansen owned two cats, “Orville” and “Wilbur.” The names of the pets came from the famous Wright brothers. Jansen collaborated with Arjen Beltman, a radio control helicopter flyer, to create the cat drone in 2012.

How Did “Cat Drone” Come to Be?

One day, the cat Orville was run over by a car. The grieving Bart Jansen, being inspired by the invention of the airplane by one of the Wright brothers, decided to memorialize Orville by making him a cat drone. Jansen began this taxidermy project by rutting and preserving Orville’s body. He then worked with Beltman to create a customized quadcopter with Orville’s body that could fly. Jansen has said of the process Orville went through, “After a period of mourning he received his propellers posthumously.”

Jansen has called the cat drone “half cat, half machine” and considers it part of his visual art project created out of respect for his dead pet. Jansen said of his dead cat, “Oh how he loved birds. He will receive more powerful engines and larger props for his birthday. So this hopping will soon change into steady flight.” Thus, Jansen expressed his belief that his cat drone will be able to fly high enough to be among the birds.

The cat drone received a great amount of attention including from news sites such as Mail Online and Forbes. After the success of the cat drone, Jansen and Beltman created their own drone company, called Copter Company, which is based in the Netherlands. The company specializes in taxidermic drone projects.

Jansen says on the company website of his company’s products, “My projects are mostly inventions that automate byproducts of human activity: The machines embrace the errors that surround our hysterical race for technological progress and highlight situations that show the skewed balance between what we like to achieve and what we actually achieve.” Jansen says that the products must all have one quality – “they must be operational.” 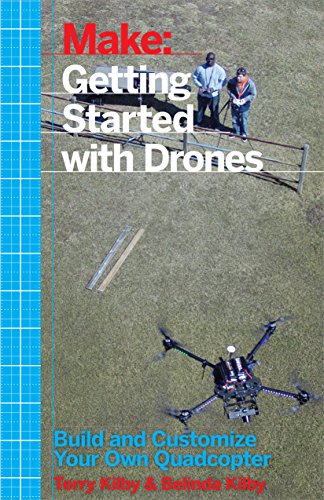 Examples of these projects include:

The shark jet, which is similar in appearance to the V-1 flying bomb, was built in 2014. Jansen used a young white tip reef shark to build the contraption. The shark was from a local aquarium and had died of a bacterial infection.

The ratcopter, created by Beltman in 2014, is the first of its kind. Like Orville, the rat used for the contraption is a dead pet who was named “Ratjetoe”. After dying from cancer, the rat was donated by its owner, a thirteen-year-old boy named Pepjin Buins. Buins stated concerning his pet’s death: “When I learned he had cancer and the vet had to put him to sleep I was very upset. I had seen Bart and Arjen and their flying cat, and I asked my dad if it would be possible to have the rat fly.”

The Ostrich Copter was built in 2013. The ostrich, which died on a farm from a disease, was about three meters long and weighed forty-six pounds. Jansen got the inspiration for the Ostrich Copter from an invitation to the Zwarte Cross Festival in the Netherlands. Jansen said of the project, “I thought it was really funny to make fly a bird that can’t.”

Jansen said concerning the building of the Ostrich Copter: “Getting the shape done was the most difficult part. I looked at hundreds of pictures of live ostriches, dead ones, skinned ones to try and figure out what its body looked like. I had to then fit the skin around it and found that in some places I had too much foam and in other places not enough. The skin then got a bit mildewy, and I had to take it back to the taxidermist to treat it.”

Other projects include a “proctorcopter” and the “das boot.” The proctorcopter is a flying rat constructed in 2012 that is described as a “little friend for Orvillecopter”. The “das boot” is a water project where a dead badger was turned into a submarine in 2015. The name is both a reference to a German film called “Das Boot” and a reference to the Dutch word for “badger,” which is “das.”

In 2015, Jansen also discussed a potential project called the “mancopter.” “We’re still deciding on what shape our mancopter will have,” said Jansen. “Trying to build a flying motorcycle was one of the ideas, but that one is already been thought of by a different group of inventors. So we figured it be better to stick with what we know and build a one-person multicopter in the shape of an animal.”

Jansen stated that one potential animal to be used for this “one-person multicopter” is a cow. “A cow could fit a person,” said Jansen. “So a cow is one of the options. That means we’d be using a cow indeed. Or any other animal we can lay our hands, but again, it’s in a very early state of development, all still in our minds.” 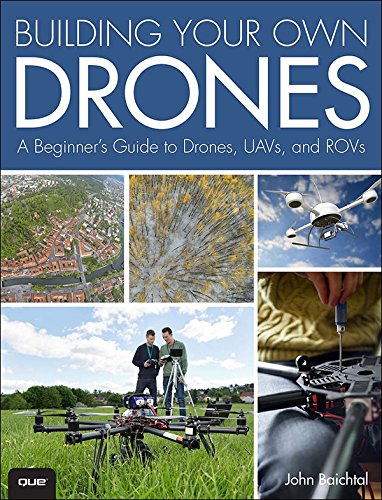 The Netherlands was arguing in 2007 about the burkha which was worn by Islamic women. Jansen has made this comment on the debate: “It was a blown-up thing, for there were about 20 people in the whole bloody country wearing them.”

Jansen also decided to use his inventive talents to comment on the issue by tweaking the burkhas: “On the whole political mishmash about it I decided to reinvent the Burkha for all kinds of occasions. So that prohibition would not be necessary any longer. Burkha for everyone so to speak. There are a couple more, one with a bold clowns head and a twin burkha… for twins, or two girls, or two boys even. Hand in hand under the hood… everybody happy.”

Included among Copter Company’s projects are paintings and other art projects involving dead animals. The paintings include:

“The Last Dishes” is a 2015 oil on canvas painting that is two hundred by one hundred-and-five centimeters in size and is part of the Bars Janboud art collection – a collaboration between Jansen and Lars Reinboud. It seems to refer to “The Last Supper,” but instead features Jesus Christ washing dishes using modern appliances. This painting was awarded the Summer Expo public prize at Gementee Museum Den Haag in The Hague.

“The Lovers” and “Rex Propria Manu Operandi” are also oil on canvas paintings. “The Lovers” was done in 2013 and is eighty by one hundred centimeters in size. It features a woman in a modern dress holding a man in a loincloth and has been dubbed a “wedding gift.” “Rex Propria Manu Operandi” was done in 2010 and is one hundred and ninety by one hundred and thirty point five centimeters. It features Jesus nailing himself onto the cross using a modern tool.

Dead animals are used for other things besides drones. These include:

The “chicken trophies” were made in 2014 and are headless stuffed chickens stuck onto trophy wall stands. The “rabbit stand” was made in 2015. It features a stuffed rabbit sitting on a block of wood along with a ceramic carrot poking out from another block of wood. “Ideal for furry friends that are prone to falling over or that tend to run away,” comments the Copter Company website.

“The Observers Book of Roadkill” was made in 2007. It is an exhibit featuring slabs of wood hanging from a ceiling. Each slab of wood has the shape of a particular animal carved into it. Each shape seems to have that animal’s skin plastered into it.

From the cat drone to the badger submarine, Jansen and Beltman are pushing the limits of creativity and invention with their hybrids of taxidermy and motor machines. Whether their projects meet with approval or not, Jansen and Beltman will continue to be pioneers in mixing dead animals and machines.

DIY Drones for the Evil Genius: Design, Build, and...
Shop now at Amazon.com

Build a Drone: A Step-by-Step Guide to Designing,...
Shop now at Amazon.com

The Different Quadcopter Motors and How to Install Them